The first Idea to construct the hydropower plant in Georgia belongs to the great publicist and public figure Niko Nikoladze. He invited foreign specialists in order to carry out professional analysis on the rivers in Georgia.

As a result of this research, was decided to study the potential of the river Enguri. However, they did not manage to find enough financial resources for the project implementation. Niko Nikoladze dedicated 20 years of his life fighting for use of Enguri hydro resources. Despite, it was impossible to realize his idea at that time.

Between 1913 and 1914, Italian specialists expressed an opinion about the construction of a small hydropower plant on the river Enguri, but the project could not be implemented. Later, in 1926-27 the new plan was developed. According to this plan, the 13 hydropower plants with 233 MW total capacity from village Valkhori to Anaklia had to be built.

The first step towards realizing the idea of a construction of a hydropower plant on the Enguri River was taken in the second half of the XX century. In 1960, the "Hydro project" developed a plan of using hydro energy of the Enguri River. In 1965-70 the whole project was finalized.  According to this project, the construction of a hydropower plant on Enguri started in 1961.
The construction of the Enguri HPP was the realization of the most challenging idea in the history of Georgian technical thinking. This plan involved a construction of a complex with unique technical and engineering structures. Many specialists were skeptical about it.  For justification and approval of the Project, many objections had to be mitigated.

Skeptics considered this construction as unachievable fantastic concept. Optimists feared the magnitude of the construction and the complexity of the terrain. Proponents of the idea were impatient with the grandeur of the future arch dam and the problem of seismic resistance of the place. The main reason for this was that there was no precedent for such construction in Georgia. 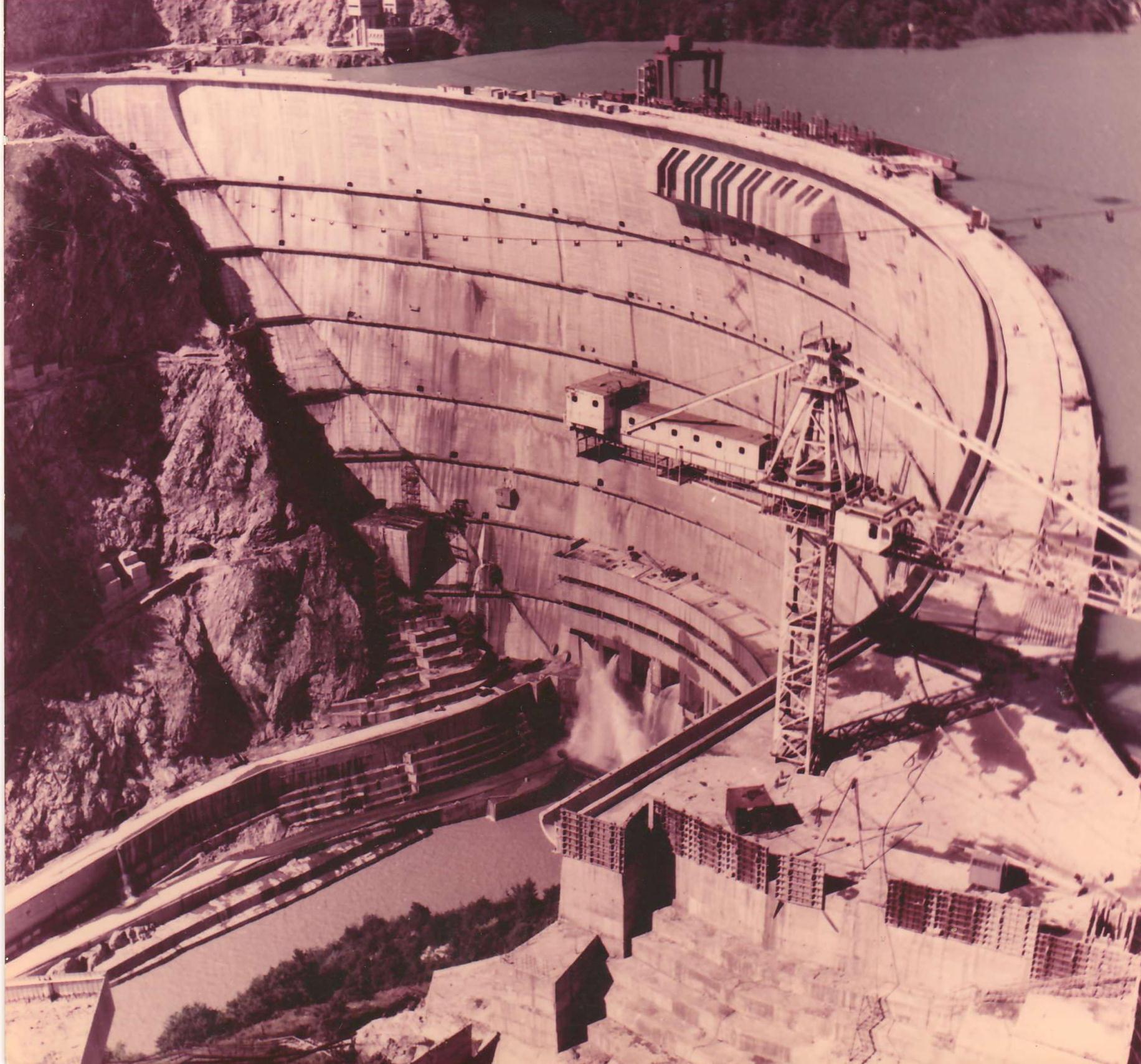